So… I’m REALLY behind in getting this post published! Last year, I my “Goals for 2018” post was written and published by the 2nd week of January. This year, however, I’ve clearly fallen behind in getting this post out to the world. (BIG ‘Whoops’). It’s been in a draft state since mid- January, but I never took the time to sit down and put the rest of the post together. But, better late than never I suppose.

Last year, I missed the mark on a few of my goals, and I hope this post continues to serve as a reminder of what I hope to accomplish this year. As a matter of fact, because I waited so long to get this post published, I’ve actually accomplished two of the six goals listed, already.

⚪️ Present at another VMUG meeting

For those goals that were already accomplished, I’ve denoted with the green checks ✅above. I spent the first several weeks of the new year studying for the VCP exam, so my blog went on a bit of a hiatus due to that. Fortunately, I was able to get a passing score on my third attempt, and the hard work has definitely been paying off! Since getting my VCP, I’ve been promoted to Senior IT Infrastructure Engineer, and I’m looking forward to the challenges ahead!

As for the vExpert status, I’m also pleased to announce that I’m now a second-year vExpert for VMware’s evangelist program! I’m truly humbled to have made the cut a second year in a row! I am truly amazed at how much work goes into reviewing applications, validating accomplishments, and debating who does / doesn’t make the list. A sincere thank you to Corey Romero, Val Carvalho, and the vExpert PROs put into reviewing the applications and all you do for the vCommunity!

As always, thanks for stopping by! 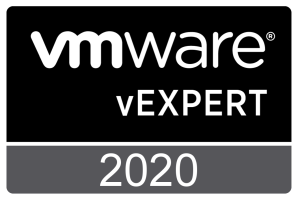 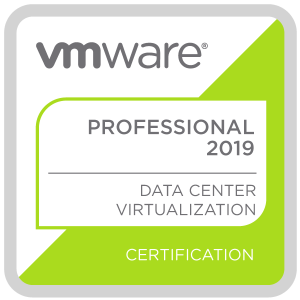